Items related to Changes at Fairacre 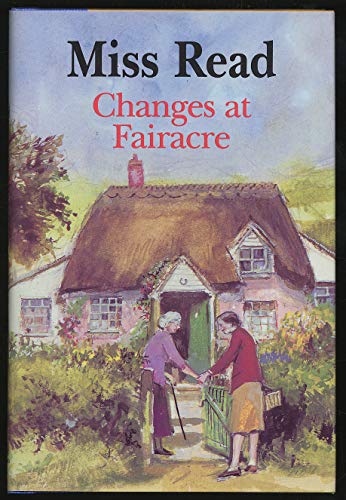 While Fairacre's new commuter life-style causes a sharp decline in enrollment at Miss Read's school, Miss Read focuses her attention on the ill health of her old friend, Dolly Clare

About the Author:
Miss Read is the pseudonym of Mrs. Dora Saint, a former schoolteacher beloved for her novels of English rural life, especially those set in the fictional villages of Thrush Green and Fairacre. The first of these, Village School, was published in 1955, and Miss Read continued to write until her retirement in 1996. In the 1998, she was awarded an MBE, or Member of the Order of the British Empire, for her services to literature. She lives in Berkshire.
From AudioFile:
Even Fairacre, England, is feeling the intrusion of the modern world in 1991. Miss Read herself is the heroine of this chronicle of village life. June Barrie has the joy of musing aloud on the changes, both welcome and worrisome, for this head teacher of Fairacre School. The most pressing of all problems is the possibility that the tiny school may have to close. In this book, unlike many of the others in the series, Miss Read travels to Wales and to Scotland, so, if somewhat minimally, the listener hears Barrie's capability with other accents. The overwhelming feeling of coziness and sanity that these books exude is augmented by Barrie's clear and warm tone. The combination of her voice and the story is spellbinding. B.H.B. © AudioFile 2006, Portland, Maine-- Copyright © AudioFile, Portland, Maine