Items related to Letters to a Fiction Writer 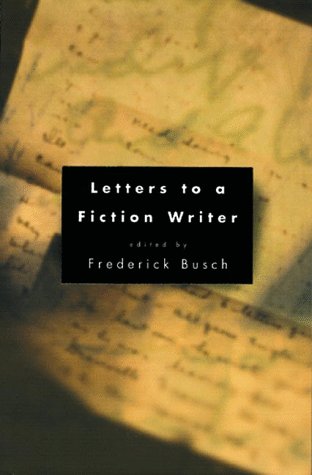 A collection of essays from notable writers, including Joyce Carol Oates, Ray Bradbury, Andre Dubus, and many others, offers brilliant advice, wisdom, and insight to fiction writers about the art of writing and surviving the writing life.

Review:
"As a writer," says Andre Dubus, "you are constantly in training. Day after day, alone at your desk, with no one watching you or even depending on you, you take your position on the playing field." Letters to a Fiction Writer, which was inspired by Rilke's Letters to a Young Poet, is a reminder that there is actually a whole community out there sharing your Sisyphean task. These 33 letters are written by authors such as Ann Beattie, John Gardner, Joyce Carol Oates, and Tobias Wolff. Lee K. Abbott (Living After Midnight) addresses the obligation of the fiction writer to "write it all goddamn down." Raymond Carver ponders the relationship between writing and alcoholism (upon recovering from it, he says, "I was so grateful to have my health back, and my life back, that it really didn't matter to me in one large way if I ever wrote anything again or not"). David Bradley discusses the difficulty of being an as-yet unpublished writer: "Most professions," he says, "pay bright prospects to develop their skills.... There are no such positions in writing."

Trying to make it as a writer is discouraging, yes. "If you can stop," recommends Reynolds Price, "you probably should. Try cabinet-making." But if you're all thumbs with a band saw, clasp this book to your breast and don't let go. For in it there are words of wisdom, wit, encouragement, and enticement that are sure to help you through that "strange and particular torture" that comes, according to Nicholas Delbanco, "after four hours of sitting with a paragraph you know to be poor." Of course, the true key to being a writer, say many of the authors included in this anthology, is writing. "Show up for work as dutifully and with as little fanfare as any civil servant," says Rosellen Brown. "Stop thinking of becoming an author," says Stanley W. Lindberg, editor of The Georgia Review, "and work instead to become a writer." And finally, intones Janette Turner Hospital (The Ivory Swing), "When rejection slips or rotten reviews come in ... have one stiff drink, say five Hail Mary's and ten Fuck-You's, and get back to work." --Jane Steinberg

From the Author:
Correction of misstatement in the Kirkus review. Kirkus's reviewer, who is very generous, by the way, makes an error in saying that only three of the 36 statements have not been published before. The Carver letter was previously published, as was the Foote letter, the Caroline Gordon-to-Flannery O'Connor letter, and the Price and Lapham letters. I commissioned the rest, especially for this book. By my count, that's 31 unpublished letters of advice and consolation or inspiration to starting-out writers. I hope you find them useful. -- Frederick Busch , May 31, 1999.

LETTERS TO A FICTION WRITER

Shipping: US$ 20.78
From United Kingdom to U.S.A.
Destination, rates & speeds