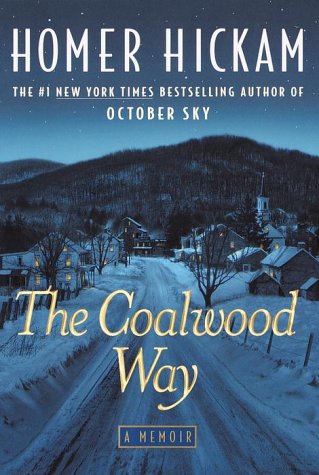 It's fall, 1959, and Homer "Sonny" Hickam and his fellow Rocket Boys are in their senior year at Big Creek High, launching handbuilt rockets that soar thousands of feet into the West Virginia sky. But in a season traditionally marked by celebrations of the spirit, Coalwood finds itself at a painful crossroads.

The strains can be felt within the Hickam home, where a beleaguered HomerSr. is resorting to a daring but risky plan to keep the mine alive, and his wife Elsie is feeling increasingly isolated from both her family and the townspeople. And Sonny, despite a blossoming relationship with a local girl whose dreams are as big as his, finds his own mood repeatedly darkened by an unexplainable sadness.

Eager to rally the town's spirits and make her son's final holiday season at home a memorable one, Elsie enlists Sonny and the Rocket Boys' aid in making the Coalwood Christmas Pageant the best ever. But trouble at the mine and the arrival of a beautiful young outsider threaten to tear the community apart when it most needs to come together. And when disaster strikes at home, and Elsie's beloved pet squirrel escapes under his watch, Sonny realizes that helping his town and redeeming himself in his mother's eyes may be a bigger-and more rewarding-challenge than he has ever faced.

The result is pure storytelling magic- a tale of small-town parades and big-hearted preachers, the timeless love of families and unforgettable adventures of boyhood friends-that could only come from the man who brought the world Rocket Boys

Review:
In this follow-up to his bestselling autobiography Rocket Boys, Homer Hickam chronicles the eventful autumn of 1959 in his hometown, the West Virginia mining town of Coalwood. Sixteen-year-old Homer and his pals in the Big Creek Missile Agency are high school seniors, still building homemade rockets and hoping that science will provide them with a ticket into the wider world of college and white-collar jobs. Such dreams make them suspect in a conservative small town where "getting above yourself" is the ultimate sin and where Homer's father, superintendent of the Coalwood mines, is stingy with praise and dubious about his son's ambitions. Homer's mother remains supportive, but bluntly reminds him, "You can't expect everything to go your way. Sometimes life just has another plan." Indeed, Hickam's unvarnished portrait of Coalwood covers class warfare (union miners battling with his authoritarian father), provincial narrow-mindedness (the local ladies scorn a young woman living outside wedlock with a man who abuses her), and endless gossiping along the picket "fence line." These sharp details make the unabashed sentiment of the book's closing chapters feel earned rather than easy. Hickam can spin a gripping yarn and keep multiple underlying themes and metaphors going at the same time. His tender but gritty memoir will touch readers' hearts and minds. --Wendy Smith
From the Back Cover:
Recalling a lost era--the transition between small-town life and the dawning of the new technological age--[Homer Hickam] brings his American hometown to life with vivid images, appealing characters and considerable literary magic.