The Day The Martians Came (A Thomas Dunne Book) 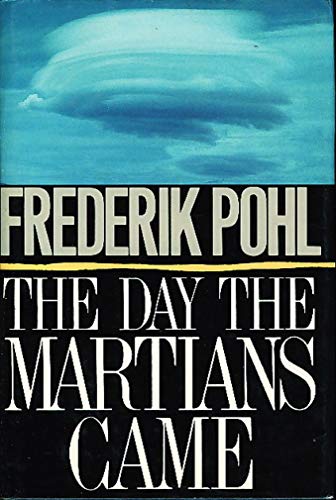 Examines what happens to a Hollywood screen writer, a Russian emigre, a young man in a cult religion, a couple of flying saucer fakers, a space scientist, and a drug addict when real, live Martians are discovered

About the Author:
Frederik Pohl has won all the major awards in the field of science fiction, including three Hugo Awards, two Nebula Awards, both for Best Novel; the John W. Campbell Memorial Award, also for Best Novel; he was accorded the accolade of Grand Master by the Science Fiction Writers of America. He's also won three Hugo awards as editor of the best magazine. He edited the groundbreaking Star Science Fiction series of original-story anthologies. He and his wife, educator and political activist Elizabeth Anne Hull, live in Palatine, Illinois.
From Library Journal:
Life on Mars exists, and the world preparesin typical human fashionfor the arrival of its first aliens. UFO cultists, hucksters, politicians, and scientists fall prey to Pohl's acerbic talent. Sometimes vicious, sometimes touching, this collection of connected stories (some previously published in magazines) belongs in most sf collections. JC
Copyright 1988 Reed Business Information, Inc.

The Day The Martians Came

The Day The Martians Came (A Thomas Dunne Book)

THE DAY THE MARTIANS CAME (A THO