Items related to The Science Book: 250 Milestones in the History of... 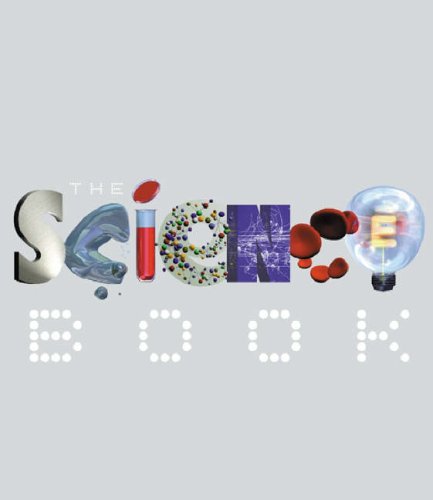 From the world's greatest scientists--the world's greatest science book! With a foreword written by critically acclaimed author Simon Singh (Fermat's Last Theorem) and essays by such major writers as Richard Dawkings, Susan Greenfield, and John Gribbin, it presents 250 of the most significant milestones in the history of scientific discovery. Accompanying this unique perspective on our ever-evolving view of the universe are some of the most visually dramatic illustrations you'll ever see. Short, lucid articles focus on everything from the speculations of the ancient Greeks to today's Nobel Prize winners, from Ptolemy's theory of an Earth-centered universe to the first steps on the moon, and from the dawning of the concept of zero to the cloning of Dolly the sheep. Biology, physics, astronomy, medicine, and mathematics: the breakthroughs in every field are all here and celebrated, in the first truly accessible, fully illustrated story of science.

Simon Singh is the author of the bestselling The Code Book. Susan Greenfield is the highly acclaimed author of The Human Brain Peter Tallack is currently Science Publishing Director at Weidenfeld and Nicolson.

I've done an extensive review mailing for the Mini Science Book, and Peter Tallack appeared on the Fi Glover Programme in the 'Ask the Expert' slot (BBC Radio 5 Live on 12 May). He was also on the TODAY PROGRAMME (BBC Radio 4) on 4 June. THE SCIENCE BOOK is no. 10 in the TIMES Play Hardback Greatest Gains/New Entries chart for the week ending 17 May, which is great news. PROSPECT did a give-away in their September issue, for the winner of the crossword puzzle. Reviews expected so far include TIME OUT ''Perfect for dipping in to, thebook also illustrates the way in which science works - each new discovery building on the work of the past, with the odd genius sparking a spectacular revolution in thinking.'Geordie Torr, GEOGRAPHICAL 'this book comes highly recommended to anyone who...wants a concise overview of the whole of science.'Richard Wentk, FOCUS 'truly accessible and lavishly illustrated...A fabulous overview, capturing a world of fascination.'Sky Text (on-screen text service which runs on all Sky TV channels - audience 8million). '[a] gorgeous tome...[with] stunning artwork.'GOOD BOOK GUIDE There has also be a review in THE HERALD (GLASGOW)

Book Description Hardcover. Condition: New. Dust Jacket Condition: Fine. 1st Edition. d.j. has some slight wear but no rips or markings or stains this is a oversize large book small date on the inside page. Seller Inventory # ABE-18811643062