Items related to Taliban: Militant Islam, Oil and Fundamentalism in... 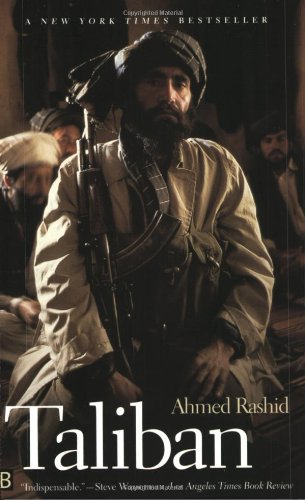 Shrouding themselves and their aims in deepest secrecy, the leaders of the Taliban movement control Afghanistan with an inflexible, crushing fundamentalism. The most extreme and radical of all Islamic organizations, the Taliban inspires fascination, controversy, and especially fear in both the Muslim world and the West. Correspondent Ahmed Rashid brings the shadowy world of the Taliban into sharp focus in this enormously interesting and revealing book. It is the only authoritative account of the Taliban and modern day Afghanistan available to English language readers.

Based on his experiences as a journalist covering the civil war in Afghanistan for twenty years, traveling and living with the Taliban, and interviewing most of the Taliban leaders since their emergence to power in 1994, Rashid offers unparalleled firsthand information. He explains how the growth of Taliban power has already created severe instability in Russia, Iran, Pakistan, and five Central Asian republics. He describes the Taliban’s role as a major player in a new “Great Game”—a competition among Western countries and companies to build oil and gas pipelines from Central Asia to Western and Asian markets. The author also discusses the controversial changes in American attitudes toward the Taliban—from early support to recent bombings of Osama Bin Laden’s hideaway and other Taliban-protected terrorist bases—and how they have influenced the stability of the region.

This is the single best book available on the Taliban, the fundamentalist Islamic regime in Afghanistan responsible for harboring the terrorist Osama bin Laden. Ahmed Rashid is a Pakistani journalist who has spent most of his career reporting on the region--he has personally met and interviewed many of the Taliban's shadowy leaders. Taliban was written and published before the massacres of September 11, 2001, yet it is essential reading for anyone who hopes to understand the aftermath of that black day. It includes details on how and why the Taliban came to power, the government's oppression of ordinary citizens (especially women), the heroin trade, oil intrigue, and--in a vitally relevant chapter--bin Laden's sinister rise to power. These pages contain stories of mass slaughter, beheadings, and the Taliban's crushing war against freedom: under Mullah Omar, it has banned everything from kite flying to singing and dancing at weddings. Rashid is for the most part an objective reporter, though his rage sometimes (and understandably) comes to the surface: "The Taliban were right, their interpretation of Islam was right, and everything else was wrong and an expression of human weakness and a lack of piety," he notes with sarcasm. He has produced a compelling portrait of modern evil. --John Miller

Ahmed Rashid is a correspondent for the Far Eastern Economic Review and the Daily Telegraph, reporting on Pakistan, Afghanistan, and Central Asia.