Items related to Discovering America: ESSAYS ON THE SEARCH FOR AN IDENTITY

Discovering America: ESSAYS ON THE SEARCH FOR AN IDENTITY

Discovering America: ESSAYS ON THE SEARCH FOR AN IDENTITY 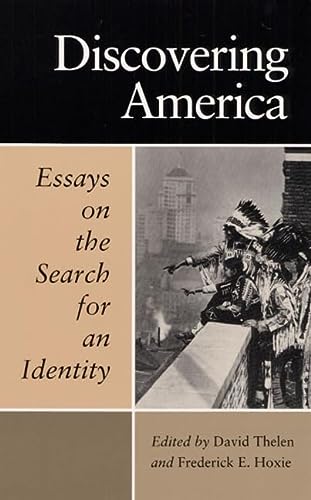 The idea of discovery has frequently shaped the way Americans think about
themselves and their history. The process neither began nor ended with
Columbus. As the contributors here make clear, many forgotten discoveries---of
language, self, and nature, for example---have been a part of our national
experience. These essays also suggest that discoveries made by many neglected
groups and individuals---among them industrial workers, slaves, native
Americans, and Asian immigrants---can be recalled to construct fresh versions
of American history and to introduce a more inclusive vision of the past.