Items related to Rose, Rose, I Love You 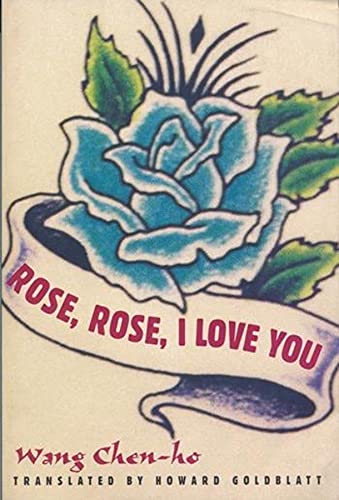 In this lively translation of Wang Chen-ho's ribald satire, a Taiwanese village loses all perspective―and common sense―at the prospect of fleecing a shipload of lusty and lonely American soldiers. A rotund, excitable high school English teacher receives word that 300 GIs are coming from Vietnam for a weekend of R and R. He persuades the owners of the Big 4 brothels that they will all take in more U.S. dollars if the pleasure girls can speak a little English; his plan is to train fifty specially selected prostitutes in a "Crash Course for Bar Girls."

The teacher, Dong Siwen (his name means "refinement") enlists the eager support of local Councilman Qian and the managers of such elite establishments as Night Fragrances and Valley of Joy. "If the girls learn how to say three things in English― Hello, How are you? and Want to do you-know-what? everything is A-OK!" But what begins as a simple plan to teach a few English phrases quickly becomes absurdly elaborate: courses will include an "Introduction to American Culture," a crash course on global etiquette, and a workshop in personal hygiene taught by Dr. "Venereal" Wang.

Siwen, a virgin himself, dreads any bad P.R. from "Saigon Rose" (slang for a particularly virulent strain of v.d.) and so demands the finest conveniences and conditions for "servicing the Yanks." "Sanitation above all.... Do you think U.S. dollars will float out of their pockets in crummy rooms like that?" The Americans must not leave with a poor impression of Taiwan; not only Dong Siwen and the Big 4 but the entire nation would lose face.

One of the most carefully wrought narratives in contemporary Chinese literature, Rose, Rose, I Love You will appeal not only to readers of fiction but also to those interested in Taiwanese identity and the effects of Westernization on Asian society.

Book Description:
In this lively translation of Wang Chen-ho's ribald satire, a Taiwanese village loses all perspective―and common sense―at the prospect of fleecing a shipload of lusty and lonely American soldiers. This irreverent novel by one of Taiwan's best-known writers is both a masterpiece of fiction and a vivid reflection of Taiwanese identity and the impact of Western culture.
About the Author:
Wang Chen-ho (1940-1990) is one of Taiwan's best-known writers, and is popular in China and the Chinese-speaking communities in Southeast Asia and the United States. He is counted among the first generation of native Taiwanese writers, is the leading exemplar of that nation's "back to the roots" movement of the 1960s and 70s, and is famous for his comic use of local dialects. This is the first of his novels to be translated into English.Howard Goldblatt is a professor of Chinese literature at the University of Colorado, Boulder, and the translator of numerous books, most recently Mo Yan's Red Sorghum and Silver City by Li Rui. He is the founder and editor of the journal Modern Chinese Literature and coeditor, with Joseph Lau, of The Columbia Anthology of Modern Chinese Literature.