Items related to Jesus of Hollywood 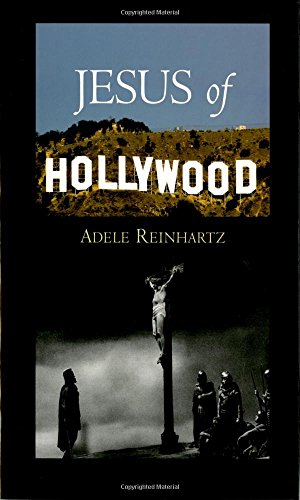 Since the advent of the cinema, Jesus has frequently appeared in our movie houses and on our television screens. Indeed, it may well be that more people worldwide know about Jesus and his life story from the movies than from any other medium. Indeed, Jesus' story has been adapted dozens of times throughout the history of commercial cinema, from the 1912 silent From the Manger to the Cross to Mel Gibson's 2004 The Passion of the Christ. No doubt there are more to come.
Drawing on a broad range of movies, biblical scholar Adele Reinhartz traces the way in which Jesus of Nazareth has become Jesus of Hollywood. She argues that Jesus films both reflect and influence cultural perceptions of Jesus and the other figures in his story. She focuses on the cinematic interpretation of Jesus' relationships with the key people in his life: his family, his friends, and his foes. She examines how these films address theological issues, such as Jesus' identity as both human and divine, political issues, such as the role of the individual in society and the possibility of freedom under political oppression, social issues, such as gender roles and hierarchies, and personal issues, such as the nature of friendship and human sexuality.
Reinhartz's study of Jesus' celluloid incarnations shows how Jesus movies reshape the past in the image of the present. Despite society's profound interest in Jesus as a religious and historical figure, Jesus movies are fascinating not as history but as mirrors of the concerns, anxieties, and values of our own era. As the story of Jesus continues to capture the imagination of filmmakers and moviegoers, he remains as significant a cultural figure today as he was 2000 years ago.

Adele Reinhartz is the Associate Vice-President for Research at the University of Ottawa, where she is also Professor in the Department of Classics and Religious Studies. She is the author of numerous articles and several books, including Befriending the Beloved Disciple: A Jewish Reading of the Gospel of John (2001) and Scripture on the Silver Screen (2003). Adele Reinhartz was elected to the Royal Society of Canada in 2005.

"Rich with insights drawn from years of research and teaching in biblical and film studies, Reinhartz's book is a gift to scholars and students alike. It's a must-read in the growing field of religion and film." --Timothy K. Beal, co-editor of Mel Gibson's Bible: Religion, Popular Culture, and The Passion of the Christ

"Reinhartz's discussion of the Jesuses of Hollywood focuses on the filmic treatment of the main scriptural characters who played roles in the life and death of Jesus of Nazareth. She shows that the 'reel' Jesus invariably conflicts with, or is unsupported by, scriptural and historical evidence. This highly readable book documents her conviction that rather than offering accurate and engaging representations of the 'real Jesus,' Jesus biopics act as mirrors that reflect the concerns of the times in which they were produced and circulated in first-run theaters." --Margaret R. Miles, author of Seeing and Believing: Religion and Values in the Movies
"This illuminating book will be of interest to those who, like myself, avoid the movies but read the Gospels. It will be even more important for those who enjoy the movies but are curious about the extent to which they are based on ancient Christian literature. Enjoyment of watching will be increased by awareness of the ways in which the Jesus movies relate to the time in which they were made. The lesson that works of historical fiction, such as biopics, are written and enacted with current issues in mind cannot be repeated too often." -- E. P. Sanders, author of Jesus and Judaism and The Historical Figure of Jesus
"This book will be of interest to scholars of the Bible and film and would be particularly useful as a text for courses in cinematic representations of Jesus." --Toronto Journal of Theology
"An insightful resource for scholars focused upon questions of adaptation. ...[Reinhartz's] prose is well-documented but fluid throughout. Jesus of Hollywood represents one of the most approachable and informative volumes in teh expanding field of 'religion and film.'" --Christianity and Literature


"About this title" may belong to another edition of this title.