Items related to Shots in the Mirror: Crime Films and Society

Rafter, Nicole Shots in the Mirror: Crime Films and Society 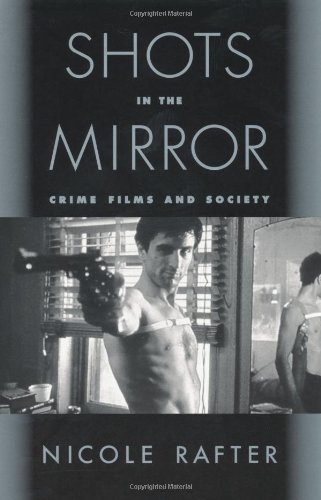 Movies play a central role in shaping our understanding of crime and the world generally, helping us define what is good and bad, desirable and unworthy, lawful and illicit, strong and weak. Crime films raise controversial issues about the distribution of social power and the meanings of deviance, and they provide a safe space for fantasies of rebellion, punishment, and the restoration of order.

In this first comprehensive study of its kind, well-known criminologist Nicole Rafter examines the relationship between society and crime films from the perspectives of criminal justice, film history and technique, and sociology. Dealing with over 300 films ranging from gangster and cop to trial and prison movies, Shots in the Mirror concentrates on works in the Hollywood tradition but also identifies a darker strain of critical films that portray crime and punishment more bleakly.

Nicole Hahn Rafter is Professor in the Law, Policy, and Society Program at Northeastern University.

In a lucid analysis that begins with "The History of Crime Films" by Drew Dodd, Rafter (law, policy, and society program, Northeastern Univ.) examines how crime films reflect and shape real life. She focuses on criminology in crime films, cop films, courtroom films, prison and execution films, crime film heroes, and the future. Predicting that demographic changes will dramatically modify content and style, she paints a rosy picture of how independent filmmakers and entrenched studio executives alike will create tighter, more meaningful crime films. The most significant crime movies are identified and/or discussed, with the exceptions of Point Blank (1967) and Impulse (1990). Some readers will argue that "cop" movies began not with Dirty Harry (1971) but rather with The Naked City (1948). Designating Crime a category, not a genre, and including such crossover films as The Wild Bunch, The Last Detail, and RoboCop, Rafter could also have investigated why criminality infests so many modern comedies. Useful notes are included. Recommended for film/performing arts collections in public and academic libraries.
-Kim R. Holston, American Inst. for Charity Property Casualty Underwriters, Malvern, PA
Copyright 2000 Reed Business Information, Inc.

Shots in the Mirror: Crime Films and Society Rafter, Nicole