Items related to An Autobiography of Anthony Trollope Oxford World's... 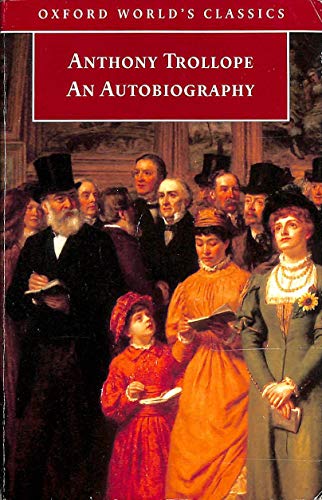 Trollope relates his life from the influence of his childhood and mother, to the time he spent in the Post Office and the motivation behind his literary career.

From the Back Cover:
Trollope was born in 1815, the product of a formidable mother and a tragically unsuccessful father who was socially ambitious for his sons. Poor, ill-dressed, awkward, and sullen, he was the victim of vicious bullying at Harrow and Winchester. But he had inherited his mother's determination, and managed later to carve out a successful career in the General Post Office while devoting every spare moment to writing. In this book, Trollope looks back on his life with some satisfaction.
About the Author:
Anthony Trollope (1815-82) became one of the most successful, prolific and respected English novelists of the Victorian era. Some of Trollope's best-loved works revolve around the imaginary county of Barsetshire, but he also wrote penetrating novels on political, social, and gender issues and
conflicts of his day.

AN AUTOBIOGRAPHY OF ANTHONY TROL