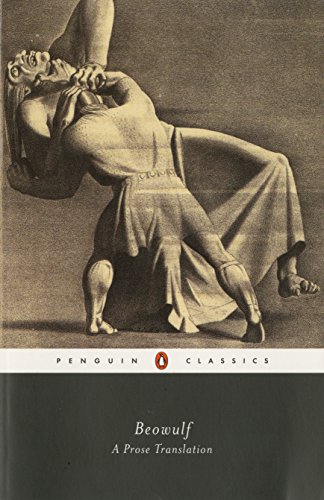 Beowulf stands at the head of English literature; a poem of historical interest and epic scope. Although the first manuscript of Beowulf dates from around the year 1000 CE, it is thought that the poem existed in its present form from the year 850. Beowulf's adventures themselves stand in front of the wide historical canvas of 5th and 6th century Scandinavia. Against this heroic background of feuding and feasting, Beowulf first kills the monster Grendel and her mother, and later defends his people against a dragon in a battle that leaves them both mortally wounded.

For more than seventy years, Penguin has been the leading publisher of classic literature in the English-speaking world. With more than 1,700 titles, Penguin Classics represents a global bookshelf of the best works throughout history and across genres and disciplines. Readers trust the series to provide authoritative texts enhanced by introductions and notes by distinguished scholars and contemporary authors, as well as up-to-date translations by award-winning translators.

Michael Alexander (translator) is Berry Professor of English Literature at the University of St Andrews. He has translated The Earliest English Poems, The Canterbury Tales: The First Fragment, and Beowulf for Penguin.