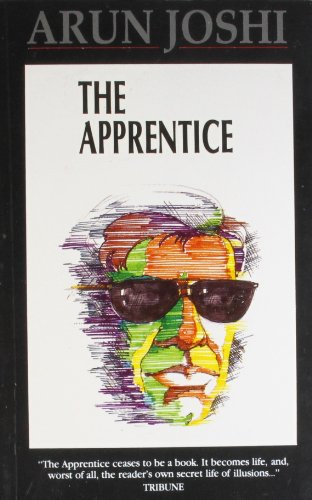 The apprentice is a novel totally different in tone from all other novels and writings of arun joshithe protagonist, ratan rathor, re[presents the quintessence everyman- a contrast to other protagonists as his intellectual level is much lower an unsophisticated youth, jobless, he comes to the city in search of a career, unsrupulous and ready to prostitute himself for professional advancement seduced by materialistic values, he takes a bribe to clear a large lot of defective weapons as a consequence, a brigadier, who is also his friend has to desert his post, and to escape ignomy commits suicide a penitent rathor avoids confessing his guilt but tries to achieve redemption by cleaning the shoes of devotees every morning at a temple

Shipping: US$ 8.77
From United Kingdom to U.S.A.
Destination, rates & speeds