Items related to Inside the Tower

Bartholomew, James Inside the Tower 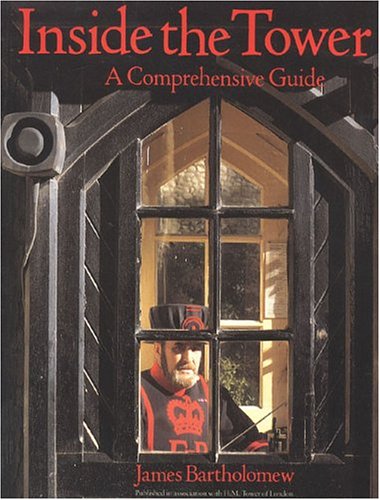 The Tower of London–fortress, palace, prison–has been witness to some of the greatest and saddest events in English history. Kings and Queens have lived and died (or been murdered) there; rebels have attacked it; thieves have stolen the Crown Jewels, which are kept there; and it has housed some of the most distinguished prisoners ever incarcerated, among them Samuel Pepys, William Penn, Sir Thomas More and Sir Walter Raleigh.
In this lively and comprehensive guide, James Bartholomew takes the visitor through the Tower and all its mysteries–the buildings, the history, the ceremonies, the Crown Jewels, and even the ravens, without which legend tells us the Tower will fall. The book is beautifully illustrated with 90 of Bartholomew's photographs in full color, and clearly divided into sections for easy reference. The definitive guide to the Tower for visitors and armchair travelers alike.

James Bartholomew was born in New York in 1960. He studied at the Parsons School of Design and at the New School for Social Research, and settled in England in 1984. His photographs have been exhibited in both the United States and in England. His other work includes The Magic of Kew and The City of London.