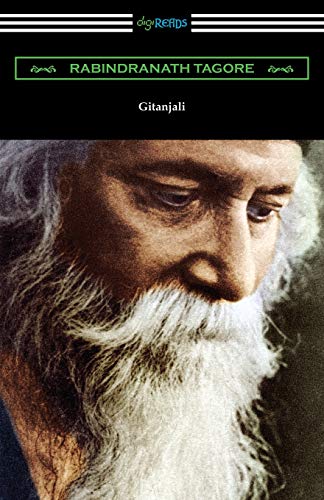 Book Description Paperback. Condition: New. Language: English. Brand new Book. First published in English in 1912, "Gitanjali", or "Song Offerings", is a collection of poems translated by the author, Rabindranath Tagore, from the original Bengali. It contains over 100 inspirational poems by India's greatest poet and earned Tagore the Nobel Prize for Literature in 1913. Tagore, known as the "Bard of Bengal", was born in 1861 to a wealthy family and started writing poetry as a child and began publishing critically acclaimed verses as a teenager. Tagore went on to write novels, stories, and dramas, work which would reshape Bengali literature and culture. He first published the "Gitanjali" collection of poems, widely considered to be one of his best works, in his native Bengali language in 1911. The original Bengali version contained over 150 verses and many were combined or edited out when Tagore translated them into English. Deeply spiritual and devotional, Tagore's poems are primarily concerned with love and the conflict between earthly desires and spiritual passions and longings. Tagore also spoke eloquently and movingly of his connection to the natural world. This volume includes the introduction by William Butler Yeats that accompanied the original 1912 English language version. This edition is printed on premium acid-free paper. Seller Inventory # AAV9781420964998