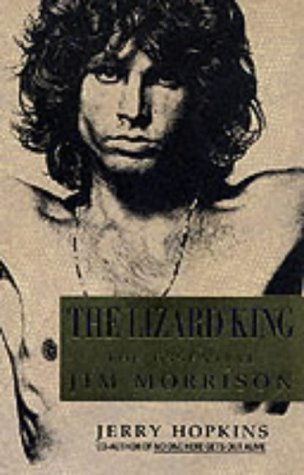 A reexamination of the mysterious death of the lead singer of The Doors reassesses Morrison's life and, employing extensive research, provides fresh insights into his death. 40,000 first printing.

From Library Journal:
It seems appropriate that Hopkins, who coauthored No One Here Gets Out Alive ( LJ 9/15/80), offered the first mainstream Morrison biography and the basis for Oliver Stone's 1991 film The Doors . This effort, Hopkins assures us, is not a No One Here Gets Out Alive reclamation project, but rather "another attempt to capture, and perhaps get closer to explaining, the mystery and the mystique." Hopkins hits all the biographical high-water marks and provides new information regarding Morrison's family, the infamous Miami trial, and, most importantly, Morrison's death, which was ambiguously treated in the previous book. However, Hopkins's big kicker--that Morrison died of a heroin overdose--was previously espoused in Patricia Kennealy's Strange Days ( LJ 3/15/92). Ultimately, the explication of the man who would be Lizard King is best left to Morrison himself, and the collection of seven interviews that follow the narrative yields the most insight. For larger popular music collections, this is a solid contribution to the burgeoning Morrison/Doors canon.
-Barry X. Miller, Austin P.L., Tex.
Copyright 1992 Reed Business Information, Inc.
From Publishers Weekly:
"He was rolling along, drunk much of the time, putting himself out there, pretty much letting life happen to him," writes Hopkins of rock star Morrison (1943-1971) in this refreshing addition to the already large shelf of books about The Doors and their lead singer. Neither mythmaker nor debunker, Hopkins ( No One Here Gets Out Alive ) views Morrison as a talented yet disturbed person, easy to dislike but impossible to dismiss. In particular Morrison fans will welcome the most vivid descriptions of the star's death ever published, an unusually sensitive treatment of his first wife, Pam Coruson, and a previously unpublished interview. Hopkins also dispels the rumors about Morrison's possible survival and describes the making of the Oliver Stone film that sparked a resurgence of The Doors' popularity. His polished style and sense of balance, evident throughout, add luster to this well-explored subject. Photos not seen by PW.
Copyright 1992 Reed Business Information, Inc.