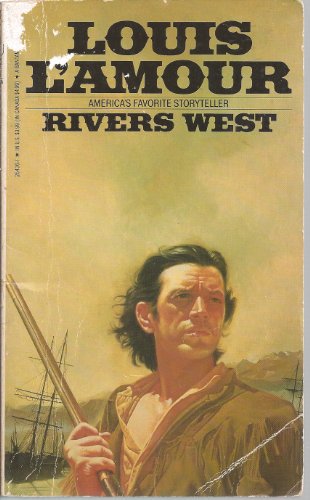 FOR USE IN SCHOOLS AND LIBRARIES ONLY.

From the Inside Flap:
"He killed me," the dying man had said. "He stabbed me." Those words stayed with young Jean Talon as he journeyed westward, finally reaching the Missouri in search of a simple and honest life building river boats. But the stranger died. And that meant unraveling a deadly knot that tied together a vicious renegade's army, the Louisiana Purchase, and the missing brother of a beautiful, headstrong woman. Too near the truth to break away, Jean Talon turns in the tools of his trade for a far more dangerous kind of work--the kind that either gets men killed or earns them a new home in a violent, untamed land.
About the Author:
Our foremost storyteller of the American West, Louis L’Amour has thrilled a nation by chronicling the adventures of the brave men and women who settled the frontier. There are more than 300 million copies of his books in print around the world.