Items related to The Tree Bride: A Novel 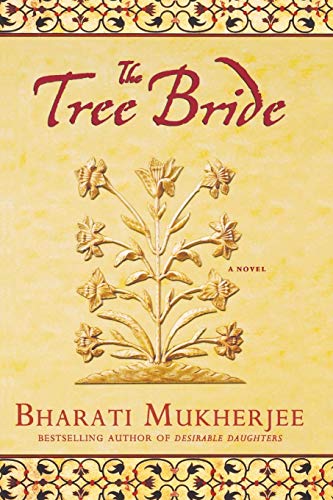 National Book Critics Circle Award-winner Bharati Mukherjee has long been known not only for her elegant, evocative prose but also for her characters--influenced by ancient customs and traditions but also very much rooted in modern times. In The Tree Bride, the narrator, Tara Chatterjee (whom readers will remember from Desirable Daughters), picks up the story of an East Bengali ancestor. According to legend, at the age of five Tara Lata married a tree and eventually emerged as a nationalist freedom fighter. In piecing together her ancestor's transformation from a docile Bengali Brahmin girl-child into an impassioned organizer of resistance against the British Raj, the contemporary narrator discovers and lays claim to unacknowledged elements in her 'American' identity. Although the story of the Tree Bride is central, the drama surrounding the narrator, a divorced woman trying to get back with her husband, moves the novel back and forth through time and across continents.

About the Author:
Bharati Mukherjee is the author of five novels, two non-fiction books, and two collections of short stories, including The Middleman and Other Stories, for which she won the National Book Critics Circle Award. She is a professor of English at the University of California Berkeley.
From Publishers Weekly:
India, past and present, its inhabitants and expatriates, has always formed the framework of Mukherjee's literary world. In this vibrant novel, a sequel to Desirable Daughters and her best work to date, the author has fused history, mysticism, treachery and enduring love in a suspenseful story about the lingering effects of past secrets. Tara Chatterjee, the protagonist of the earlier novel, again narrates. The tale begins as her San Francisco house is firebombed by a man obsessed with killing her, and trails back to her legendary great-great-aunt and namesake, Tara Lata, who was born in 1874 and, at five, married to a tree because her fiancé died. Later, Tara Lata bravely conspired to win Bengal's independence from England. As the narrator gradually discovers why her namesake died in prison, she uncovers much evidence of the British rulers' contempt for the Indians they claimed they were "civilizing"; their cruelty, bigotry and duplicity cut into the narrative like a bloody knife. The plot itself is convoluted in a suspenseful way: the drama begun by Tara Lata's wedding resonates in miraculous interactions over the generations. As Tara Chatterjee's husband, a technological genius, has always told her, there are no coincidences in the universe. Over the course of this story, a dreadful 18th-century sea voyage spawns one man's redemption and another's hatred; honor and courage are met by betrayal; and loyalty to one's family and tradition prove to be the fuel of 20th-century love. The narrative brims with more action and vitality than Mukherjee's previous novels while retaining her elegant and incisive style. It's a good bet that this book will attract wide interest and leave readers eagerly awaiting the third volume in the trilogy.
Copyright © Reed Business Information, a division of Reed Elsevier Inc. All rights reserved.

The Tree Bride: A Novel Paperback