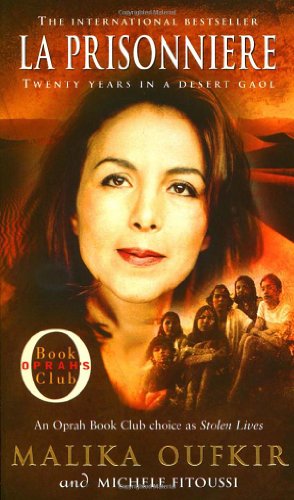 Malika Oufkir was born into a proud Berber family in 1953, the eldest daughter of the King of Morocco's closest aide. She was adopted by the king to be a companion to his little daughter, and at the royal court of Rabat, Malika grew up locked away in a golden cage, among the royal wives and concubines. But when Malika was eighteen, in 1972, her father was arrested after an attempt to assassinate the king. General Oufkir was swiftly and summarily executed. Malika, her beautiful mother and her five younger brothers and sisters were seized and thrown into an isolated desert jail. For fifteen years, they had no contact with the outside world, and lived in increasingly barbaric and inhumane conditions. Like a modern Scheherazade, Malika kept up the spirits of her younger siblings by telling them stories every night about an epic world of her own invention. Then, after fifteen endless years of imprisonment, the Oufkir children managed to dig a tunnel with their bare hands, and made an audacious escape. Although they were recaptured after five days, the ensuing public outrage resulted in house arrest rather than a return to prison. In 1996, Malika was finally permitted to leave Morocco to begin a new life in exile. La Prisonničre is a heart-rending account of resilience in the face of extreme deprivation, of the courage and even humour with which one family faced their tormented fate. A shocking true story, it is hard to comprehend that it could have happened in our own times.