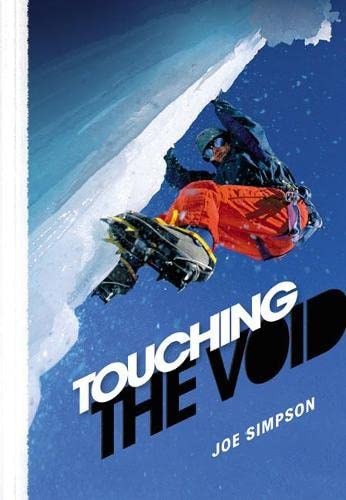 With his partner, Simpson, dangling helplessly over a 3,000-foot cliff, Simon Yates was forced to cut Simpson's rope just seconds before his own snow seat would have collapsed, pulling him to his death. Consumed by grief and guilt, Yates struggled back to camp--only to find Simpson crawling deliriously through a blizzard. Illustrated.

Book Description Hardback. Condition: New. Language: English. Brand new Book. "A truly astounding account of suffering and fortitude."-- "The Times" (London)Joe Simpson and his climbing partner, Simon Yates, had just reached the top of a 21,000-foot peak in the Andes when disaster struck. Simpson plunged off the vertical face of an ice ledge, breaking his leg. In the hours that followed, darkness fell and a blizzard raged as Yates tried to lower his friend to safety. Finally, Yates was forced to cut the rope, moments before he would have been pulled to his own death. The next three days were an impossibly grueling ordeal for both men. Yates, certain that Simpson was dead, returned to base camp consumed with grief and guilt over abandoning him. Miraculously, Simpson had survived the fall but, crippled, starving, and severely frostbitten, was trapped in a deep crevasse. Summoning vast reserves of physical and spiritual strength, Simpson hopped, hobbled, and crawled over the cliffs and canyons of the Andes, reaching the base hours before Yates had planned to break camp. How both men overcame the torments of those harrowing days is an epic tale of fear, suffering, and survival; a poignant testament to unshakable courage and friendship."Told with lyrical quality and stunning immediacy, "Touching the Void" transcends its genre and becomes accessible to readers who have never had any desire to climb a glacier." -- "New York Newsday" "A gripping narrative that should excite armchair adventurers everywhere."--Cleveland Plain Dealer"Simpson touches a nerve of the mountaineering community and the hearts of others." -- "Los Angeles Times" "Riveting, even compulsive reading."-- "Minneapolis Star Tribune". Seller Inventory # AAZ9780435017057

Shipping: US$ 4.84
From United Kingdom to U.S.A.
Destination, rates & speeds

Book Description Hardcover. Condition: new. Hardcover. While climbing in the Peruvian Andes, Joe Simpson and Simon Yates came face to face with disaster. Simpson fell and broke his leg and then was lost. As his partner Yates was starting to break camp four days later, Simpson crawled in through a blizzard. How both men overcame those four harrowing days is an epic chronicle of fear and friendship. Shipping may be from multiple locations in the US or from the UK, depending on stock availability. Seller Inventory # 9780435017057

Shipping: US$ 12.13
From United Kingdom to U.S.A.
Destination, rates & speeds