Items related to Arrow of God 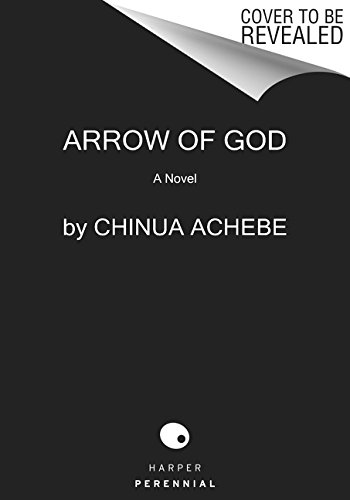 From one of Africa’s best-known writers comes this riveting political and cultural novel—originally published in 1964—set in the Ibo heartland of eastern Nigeria during the early twentieth century when colonization by British government officials and Christian missionaries was well underway.

Ezeulu is the chief priest of Ulu, a god created by the people almost a century before. As chief priest, Ezeulu is responsible for safeguarding the traditions and rituals of the people. He watches each month for the new moon, he eats a sacred yam and beats ogene to mark the beginning of each new month, and he alone can name the day for the New Yam Feast, ushering in the yam harvest.

Conflict within the Igbo society arises when Ezeulu is summoned to Government Hill by the British and is then imprisoned. Angered that his people did not fight to have him released, he marks the New Yam Feast two months late, ruining the crop and starving most of his people.

Aware that he is punishing his people, Ezeulu likens himself to the arrow in the bow of Ulu. The people become divided between their loyalty to Ulu and their loyalty to the survival of the community. They begin to question the chief priest and ask that the custom be altered. While the people argue and starve, Ezeulu’s son Obika dies suddenly while performing as Ogbazulobodo, the night spirit, in a ritual for a funeral. The people take Obika’s death as a sign that Ulu had either chastised or abandoned his priest and “that no man however great was greater than his people; that no one ever won judgment against his clan.”

Spare and powerful, Arrow of God is an unforgettable portrayal of the loss of faith, and the struggle between tradition and change.

From the Publisher:
Set in the Ibo heartland of eastern Nigeria, one of Africa's best-known writers describes the conflict between old and new in its most poignant aspect: the personal struggle between father and son.
About the Author:
Chinua Achebe was born in Nigeria in 1930. He was raised in the large village of Ogidi, one of the first centers of Anglican missionary work in Eastern Nigeria, and was a graduate of University College, Ibadan. His early career in radio ended abruptly in 1966, when he left his post as Director of External Broadcasting in Nigeria during the national upheaval that led to the Biafran War. Achebe joined the Biafran Ministry of Information and represented Biafra on various diplomatic and fund-raising missions. He was appointed Senior Research Fellow at the University of Nigeria, Nsukka, and began lecturing widely abroad. For over fifteen years, he was the Charles P. Stevenson Professor of Languages and Literature at Bard College. He was the David and Marianna Fisher University Professor and professor of Africana studies at Brown University. Chinua Achebe wrote over twenty books - novels, short stories, essays and collections of poetry - and received numerous honours from around the world, including the Honourary Fellowship of the American Academy of Arts and Letters, as well as honourary doctorates from more than thirty colleges and universities. He was also the recipient of Nigeria's highest award for intellectual achievement, the Nigerian National Merit Award. In 2007, he won the Man Booker International Prize for Fiction. He died in 2013.